NEWS
back
Yintai in77 attracted hundreds of thousands of revelers to ring in the new year on the banks of the West Lake
Release Date：January 2,2020
Release Media：1811

Young revelers flocked to the banks of the West Lake to bid adieu to 2019 and ring in 2020 in a dazzling New Year’s Eve bonanza. During the New Year’s Day holiday, Hangzhou Lakeside Intime in77 once again became the preferred destination for fashion shopping and a cultural hub that created an online buzz. The 2020 Lakeside New Year Carnival hosted by in77 attracted hundreds of thousands of young consumers from within Hangzhou and other parts of Zhejiang province. Revelers thronging the lakeside pedestrian street turned it into an ocean of joy. 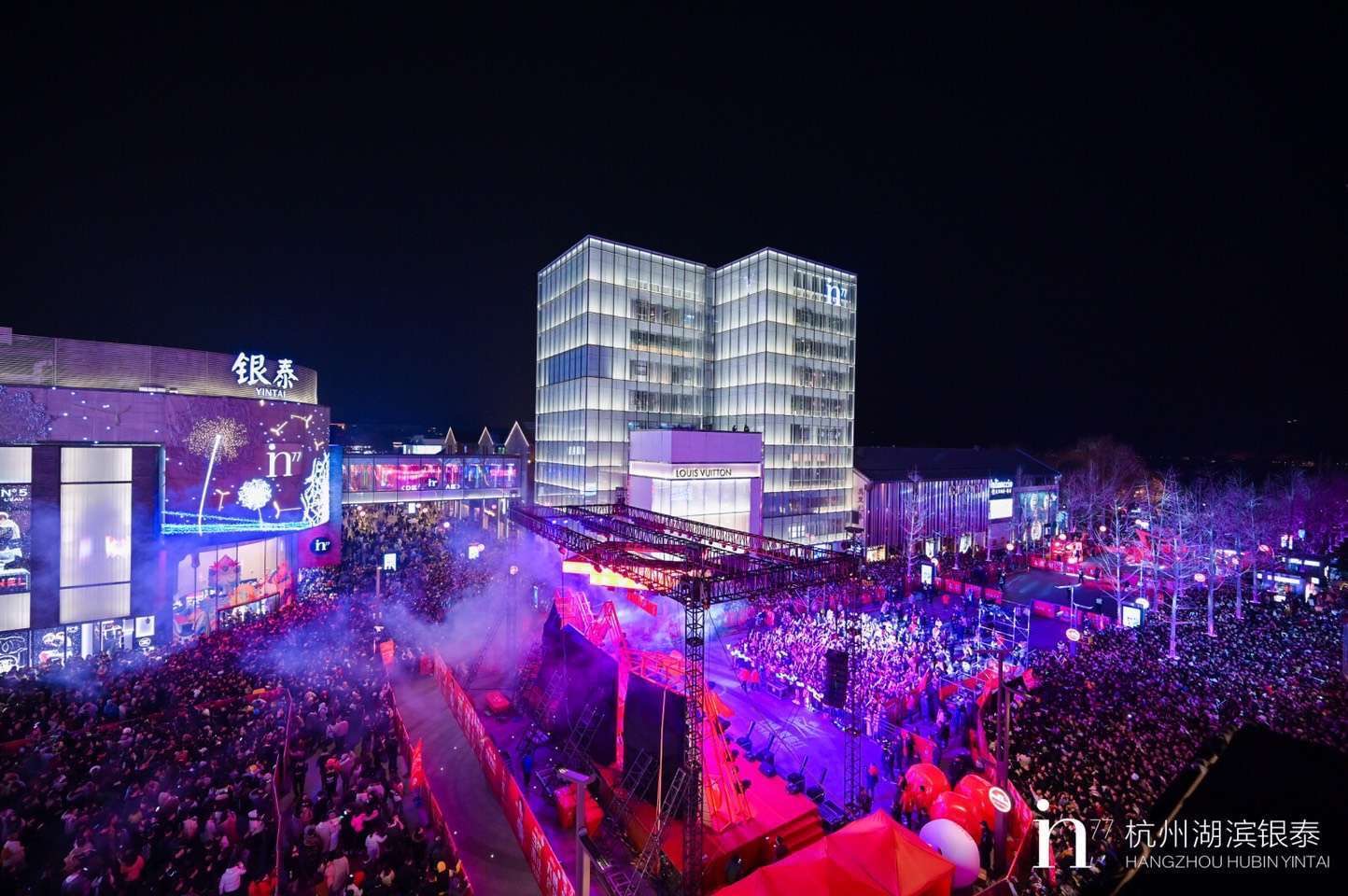 Under a giant 3,000 square-meter screen on the close-to-2,000-meter pedestrian street at the five major theme zones of in77, a relaxed and happy crowd counted down to usher in 2020 amid a blend of electronic disco music, rap and other pop art.

The New Year’s Eve carnival marked the third year in a row for Hangzhou Lakeside Intime in77 to organize such celebrations and another major shopping festival unveiled after the opening of Hangzhou Lakeside Pedestrian Street in late September 2019. In organizing this event, in77 effectively added to the allure of the popular shopping destination of Hangzhou Lakeside Pedestrian Street with rich and lively activities, safe and orderly operation management, and thoughtful and considerate consumer services, and once again proved the status of in77 as an iconic landmark in Hangzhou and its growing appeal to Generation Z. 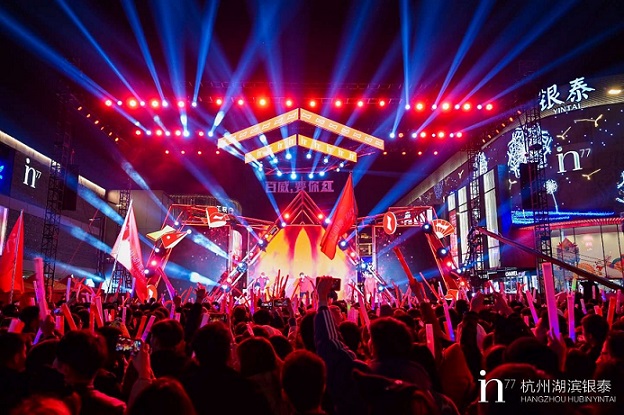 Yintai in77 was the first to test the waters by holding a New Year’s Eve countdown party featuring electronic music in 2017. The celebrations, after years of careful development, have evolved and become increasingly diverse. The annual event, with a host of exciting and lively activities, is a crowd-puller, and is particularly well received by young people. The “in77 Hubin New Year’s Eve Party” is now a commercial IP of significant influence with pulling power in Hangzhou, and Zhejiang.

Three consecutive years of crafting the celebrations have allowed in77 to create a New Year’s Eve concept among the Generation X and Millennials, as well as newcomers to Hangzhou. This year’s 2020 Hubin New Year’s Eve Party remained consistent, from image and behavior to content and soul, but the venue, site quality, promotion, safety and security, as well as many other aspects have been “exponentially” upgraded. Once again, in77 responded to the New Year’s Eve demands of the younger crowd, and the event venue was packed, comparable to that of a Spring Festival travel scene. 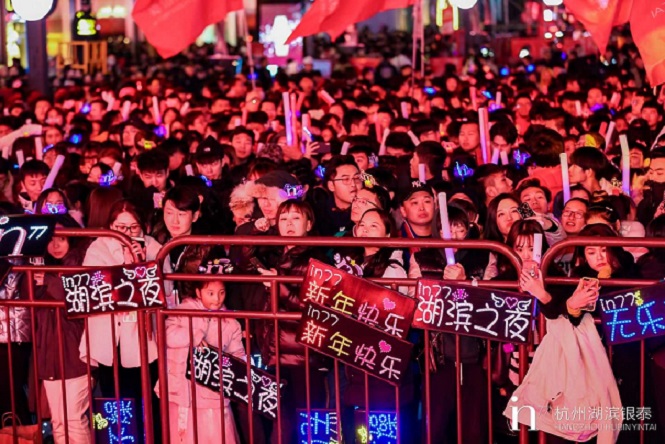 As the first national grade commercial pedestrian street in a central district of Zhejiang, the five major zones of Yintai in77 - A, B, C, D, E - each feature a different style, namely, fashion forward, famous internet recommendations, time-honored brands, branded products, and service experience. By improving quality and transforming business activities to promote better urban quality, the shopping center richly reflects the characteristics of Hangzhou and the essence of the West Lake. Yintai in77 is also working diligently to create a leading international commercial street district in China with Hangzhou characteristics that will become a model for the nation. It aims to continue to elevate the living and retail experience of Hangzhou residents as well as Chinese and foreign visitors through planning and transforming at a high standard, high-tech integration and a high quality of service.