On January 5, Xinhua News Agency released the “Chinese news” category of its Pictures of the Year 2019. One of the pictures captured the moment the air flag guard formation flew across Beijing Yintai Centre at the grand celebration of the 70th anniversary of the founding of the People’s Republic of China.

During the 2019 National Day period, Chaoyang District in Beijing produced a spectacular light show to celebrate the 70th anniversary of the founding of the nation. Beijing Yintai Centre and many buildings in the CBD district participated in the light show to interpret the themes of “National Jubilation, Propitious China, Happy Life”.

It was beautiful outside today.

Snow blanketed Beijing over the weekend, cloaking the capital in silver and white. Beijing Yintai Centre looked unusually charming in the snow on Monday morning. 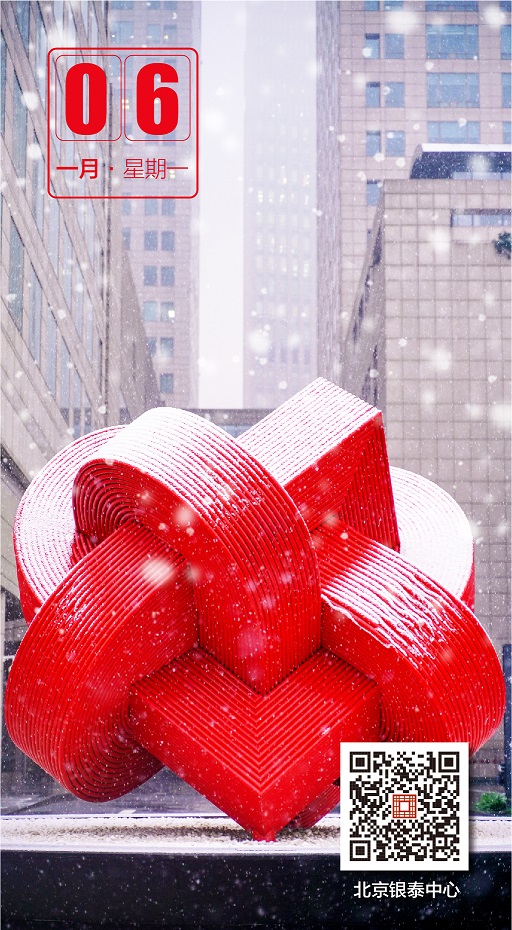