The signing ceremony of the projects of returning Ningbo entrepreneurs and the 3rd Board Meeting of the First session of the General Association of Ningbo Entrepreneurs (GANE) were held in the afternoon of January 7. Shen Guojun, President (Global) of GANE, and Founder and Chairman of Yin Tai Group, attended and addressed the meeting. Shen Guojun was of the view that the key to the strong emergence and endurance of Ningbo entrepreneurs was that they have an innate ability for market judgment and an inherent impetus to adapt to the development trends of the times.

“Ningbo provides strong support for its entrepreneurs, and both co-exist and prosper together. After the founding of GANE, what touched me most is that we are no longer individuals but are a cohesive team that collaborates and advance together.” Once again, “cohesive and collaborative team” became a high-frequency term in Shen Guojun’s powerful speech. 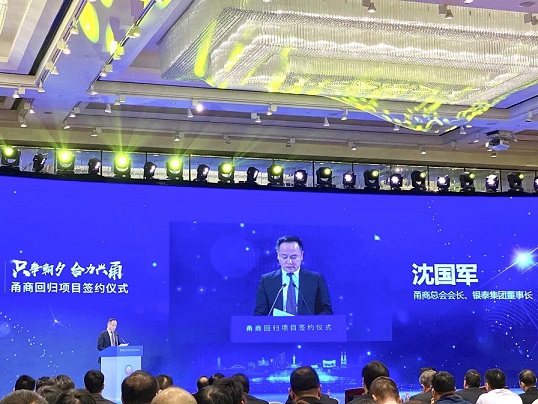