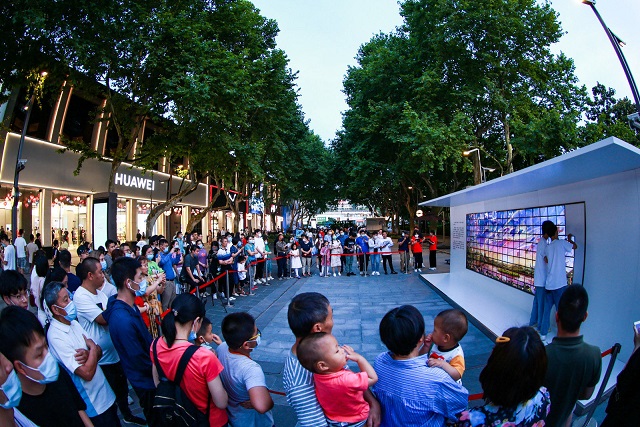 It was this time five years ago that Wang Hua (alias) graduated from Zhejiang University of Finance & Economics Dongfang College, and officially joined Yintai in77 as a employee of the operations department. He actually majored in human resources, and had been an intern at the HR department for four months previously.

At end-2018, when Yintai in77’s Zone E was preparing to open for business, Wang Hua was transferred to head the operations and management of that Zone. In June this year, Wang Hua was promoted to assistant manager of the operations department of Zone E, and the burden on his shoulders became heavier.

Zone E, of which Wang Hua is in charge, is dominated by small and medium-sized stores selling snacks and accessories, so their ability to resist pressure is relatively weak. Rental payment was a challenge for many tenants.

In the few months after business and production resumed, the staff at the operating department has been carefully observing and analyzing, as well as actively communicating and coordinating with store tenants to help them fight for more resources and get out of trouble as soon as possible.

As consumers, we often regard the in77 brand as full of vitality, something that offers new and fun activities and events, but we seldom notice the hard work behind the luster.

An incident at a publicity event for fashionable shoes warmed the hearts of the stores and consumers.

On May 26 this year, fashion brand FOSS put the popular Nike-Ben & Jerry’s sneakers on sale. Retailing at RMB969, the sneakers were sold online at more than RMB20,000 a pair at the peak. Such popularity would naturally attract a crowd of buyers, comprising both skate shoes enthusiasts as well as scalpers. 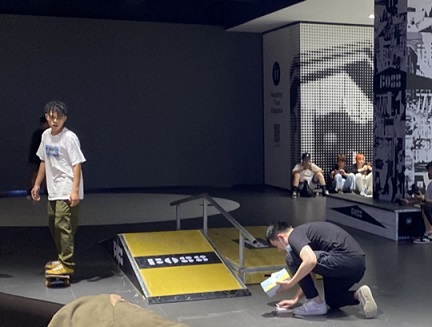 The Hubin Pedestrian Street skateboard park is located at Zone E. Leveraging this advantage, Wang Hua and his team planned a skateboard contest in the afternoon of the day of sale. Contestants would be given purchase priority through the contest. Setting up such a “purchase threshold” served a number of purposes: boost enthusiasm for the sale event, strengthen Zone E’s “skateboard culture”, and significantly reduce the possibility of scalpers getting the shoes.

Wang Hua’s reliability and energy reflected the vitality of Yintai staff. This spirit energized the entire team, and the staff worked passionately. Therein lay the key basis for in77 becoming a fashionable landmark.

We looking forward to more Yintai staff demonstrating their own strength and abilities, and strive consistently toward a higher goal.