Since 2017, Yintai Group, leveraging Yintai Foundation, has worked together with Qixin Village in Zhenxiong County, Zhaotong, Yunnan to carry out a program to rebuild dilapidated rural houses. It has provided funds amounting to RMB30,000/household to farmers to rebuild dilapidated rural houses, taking concrete actions to resolve the housing safety problem of the poor.

To date, after nearly three years, construction work on 183 dilapidated houses in Qixin Village under the rebuilding program has been completed. Qixin villagers can now bid farewell to dilapidated houses. Residential safety assurance has increased further, and health standards have improved significantly.

Meanwhile, under the guidance of the Poverty Alleviation and Development Leading Group Office of the People's Government of Yunnan Province, Yintai Group and Yintai Foundation, working together with the Party committee and county government of Zhenxiong County, jointly determined, upon research, that the way to alleviate poverty in the County was to transform the labor force by way of vocational skills training. In this regard, construction, housekeeping services and other professional training were conducted. Vocational skills training classes were held in three towns and four villages in Zhenxiong County, and a total of 138 persons attended these classes. 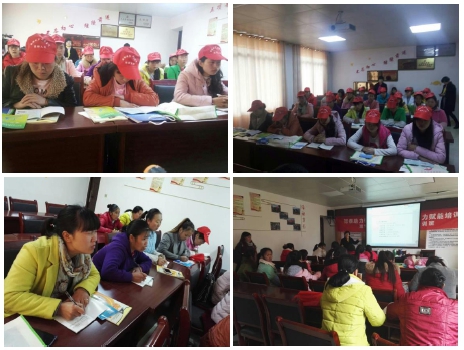 In addition to conducting vocational training, Yintai Foundation has also donated supplies to Liulin Primary School in Zhongtun Town, Zhenxiong County, updated and upgraded the books and equipment in the school’s library and reading room, boosting the students’ reading volume, and improved the local education and teaching standards. By means of education and poverty alleviation, it is hoped that underlying concerns about falling back into poverty would be eliminated.

Going forward, Yintai Group and Yintai Foundation will continue to leverage their unique advantages and resources to continue to contribute to public welfare undertakings.