An event to mark the commencement of the Q4 2020 mass construction of major projects in the West Lake District of Hangzhou was recently held at the site of Xitou intime City. A total of 30 major projects were involved, with total investment amounting to RMB20.53 billion, and planned investment for 2020 at RMB2.37 billion. Leaders of the West Lake District at all levels, Xihu Investment Group, Yintai Land, construction company representatives and many mainstream media attended the event. 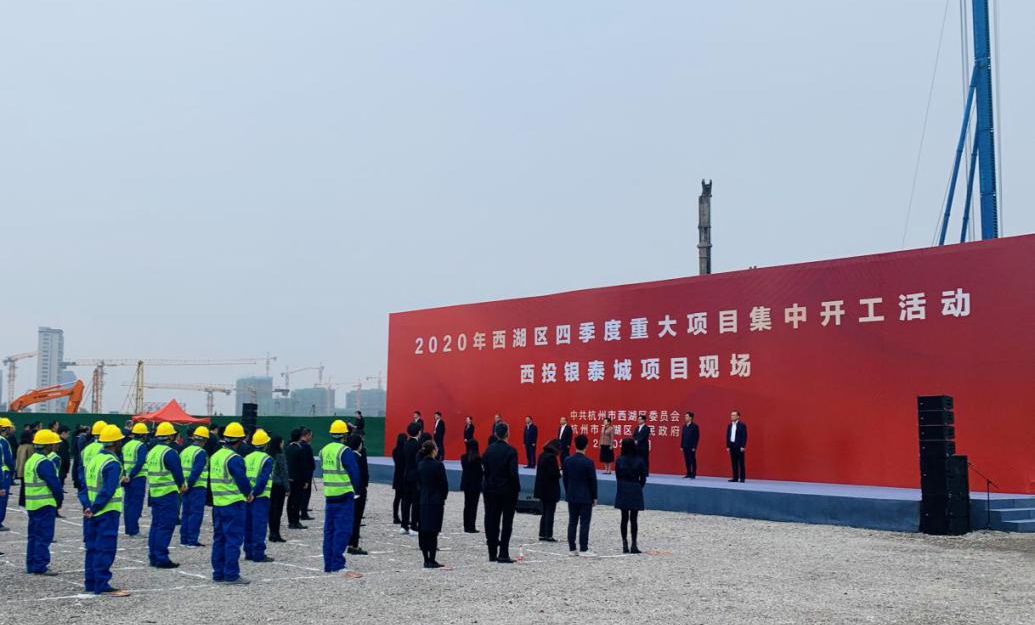 Thus, construction of Xitou Intime City in Zhijiang commenced officially. The Xitou Intime City project, located in the Zhijiang Tourist Resort area at West Lake District, Hangzhou, will harness its geographical advantage, and position itself as a superior office location with a lakeside view + urban commercial center in Zhijiang. The projects has total site area of 97,687 m2 with gross floor area of 467,000m2 .

The commercial complex is designed to have a double-skin facade. The magnificent external facade displays a contemporary image of a shopping center.

The office towers’ external facade will have cool color tones. The harmony and unity between the architectural style and functions are expected to attract high-end enterprises that fit the project’s positioning.

Yintai Land said that is will perform its social responsibility, and do its utmost to build Xitou Intime City into an urban complex that will comprise commercial retail, dining and entertainment as well as office functions based on a unique business philosophy, professional operating system and an extensive range of brands. This will help fill the major urban commercial complex vacuum in Zhijiang. It is hoped that the presence of Xitou Intime City will contribute to a better and more beautiful Zhijiang.