NEWS
back
NPC and CPPCC in Focus | China Youth Daily’s interview with Shen Guojun: The enormous potential of the ocean should be maximized
Release Date：March 9,2021
Release Media：761 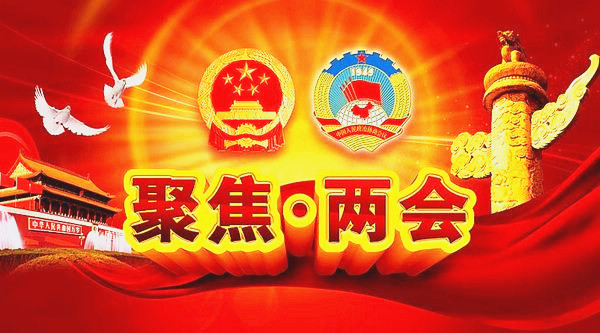 Shen Guojun, CPPCC National Committee member, and Founder and Chairman of Yintai Group, was recently invited to the online micro interview program, “Face-to-face with 2021 NPC deputies and CPPCC National Committee members” jointly hosted by China Youth Network (www.youth.cn, “CYN”) and Jinri Toutiao to share the content of the proposals he brought to the two sessions this year. 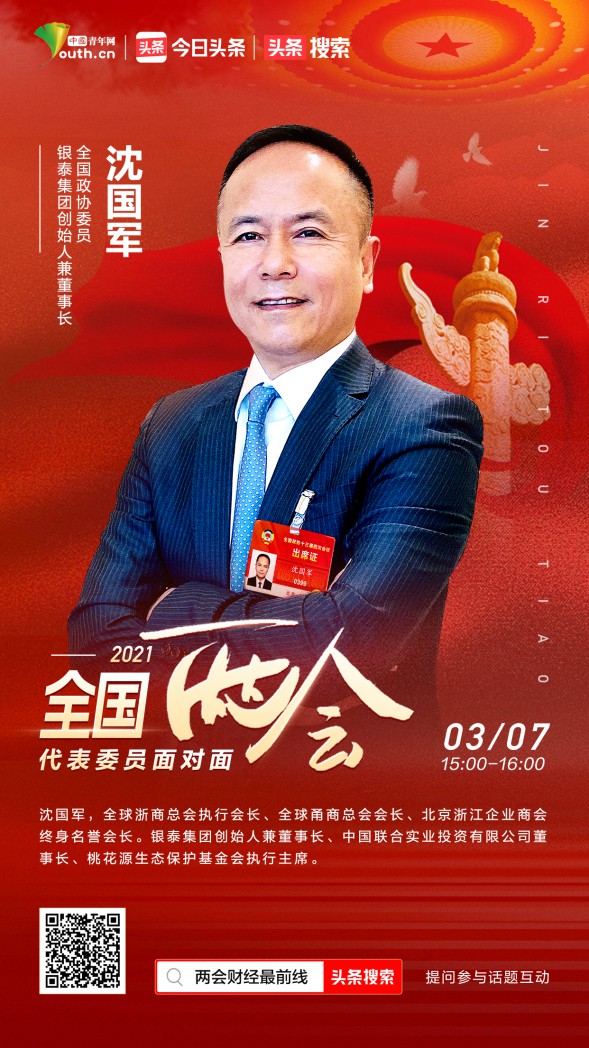 Shen: I’ve brought four proposals this year, which are based on surveys conducted at chambers of commerce and trade associations, as well as with enterprises over the past year. In particular, the Proposal for Improving Financing Policy Precision and Increasing the Sense of Fulfillment of Private Enterprises concerns private enterprises finding securing financing difficult and costly; while the Proposal for Elevating the Status of Ocean Carbon Sink in the National “Carbon Neutral” Strategy focuses on further enhancing China’s marine ecological protection and restoration work, and contains advise relevant to achieving China’s “carbon neutrality” and NDC goals as soon as possible. The other two proposals concern social governance.

CNY: Taking into account what you have learned from the surveys at the chambers of commerce and trade associations, what is the current state of the development of private enterprises a year after the COVID-19 outbreak given policy support?

Shen: All industries in the Chinese economy have been affected in the last year or so since the outbreak of COVID-19. This is particularly the case for labor intensive industries such as retail, F&B and tourism. In this regard, the State has expended much effort to help many industries, particularly SMEs, by introducing a lot of relief policies.

Some larger private enterprises with fairly good fundamentals have recovered faster than others. Nonetheless, the lengthy period of the pandemic has continued to have a significant impact on services related SMEs. I hope that the government will continue to support the development of privately run SMEs, particularly those in the services sector, as long as the pandemic lasts to help them quickly tide through this difficult period.

Shen: Private enterprises find securing financing difficult and costly. These issues are long-term, very common and widespread. Over the years, relevant authorities, from the Central to the local, have introduced many policies to address difficulty in and the high cost of securing financing. The situation has improved significantly for private enterprises compared to the last few years, and we can feel that.

However, COVID-19 has increased overall business risk for enterprises, making these two issues prominent again. As financial institutions will refer to a number of key fundamental data such as operating income and profitability in the loan approval process for private enterprises, and these two key indicators have been significantly affected during COVID-19, many enterprises have found applying for loans difficult again.

Private enterprises are key employers of the nation. I hope that the State can give priority to industries and enterprises that have been badly hit by COVID-19, and offer them more support.

CNY: You also have a proposal this year that recommends making blue carbon a path toward “carbon neutrality”. Specifically, what positive role does blue carbon play?

Shen: On the path toward attaining carbon neutrality, I believe controlling emissions and decarbonization development are critical, but we should also enhance the role the natural ecosystem plays in carbon sequestration. We are already familiar with forest resources, but in fact, the ocean is also a massive carbon reservoir and an enormous carbon sink. It has greater potential for dealing with climate change than the terrestrial ecosystem.

The ocean covers 71%'s of Earth's surface. Half of the oxygen we breathe in comes from the ocean, and it absorbs 25% of the CO2 generated by human activities. Blue carbon was only highlighted internationally in 2009, and its purpose is to maximize the carbon sequestration potential of the ocean ecosystem. I would like this proposal to draw people’s attention to the protection of our oceans.