Co-hosted by the World Economic Forum and the Friends of Ocean Action, the forum brought together marine participants from different fields in China to jointly discuss how governments, enterprises, academia and other parties can work together for the protection of marine biodiversity and the health and prosperity of the ocean in the era of ecological civilization and carbon neutrality. 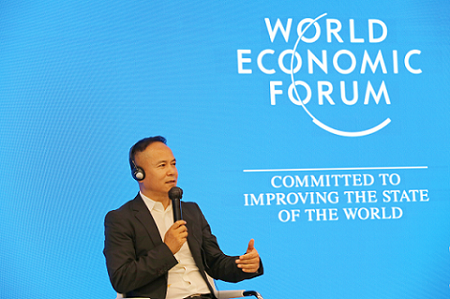 Under the guidance and promotion of Mr. Shen, Yintai Group and Yintai Foundation have been paying close attention to and supporting ecological protection for a long time, recognizing the importance of marine protection, and carrying out a series of philanthropic activities centering on marine protection and education.