NEWS
back
Taking stock | How many first stores and flagship stores did Yintai introduce in the past year?
Release Date：January 27,2022
Release Media：215

2021 was an explosive year for emerging consumer brands as a dizzying array of new brands made their debut. Art toys, luxury streetwear, beauty and fashion, concept stores, multi-experience and other business forms were poised for take-off, while many traditional brands have also begun to innovate.

In particular, brands opening physical first stores or flagship stores have great significance for both the brand itself as well as for the commercial retail project. On the one hand, first stores and flagship stores create more brand awareness and can better expand their influence among consumers; on the other hand, they can promote the optimization of the commercial layout and structure of cities and regions, further boosting the quality of the local consumer market.

The place where a flagship store or a first store is established also implies a brand’s recognition of the city or region and its commercial brand. So, how many first stores and flagship stores did Yintai introduce last year? Let’s do a simple (but not exhaustive) stocktake:

Visitors can easily sense both “art and technology” pervading the air at in01 Beijing Yintai Centre. In addition to hosting numerous heavyweight exhibitions such as the National Geographic Photographs Exhibition, NEW ERA Pop Art Exhibition, and Meet Chagall Exhibition, a high-tech bar, a luxury brand’s boutique nightclub as well as the first Huawei concept store in the world have opened for business here.

At in01, Huawei’s first concept store in the world offers visitors an intelligent HarmonyOS driven lifestyle experience, including smart travel, audio-visual entertainment and intelligent office, among others. 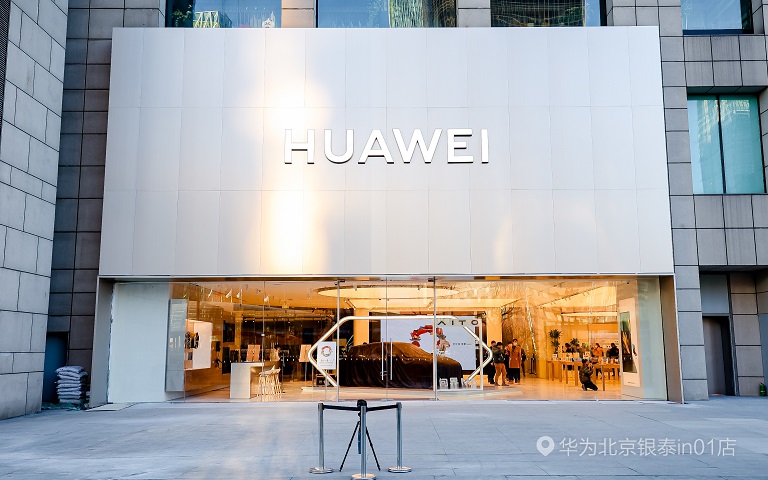 There were breakthroughs in the experiential field as well, such as Moonrise Hotel - the first immersive interactive gaming theater in Beijing, and the first physical exhibition hall for Meet Your Museum, a brand under Zhongchuang Culture and Travel Group. 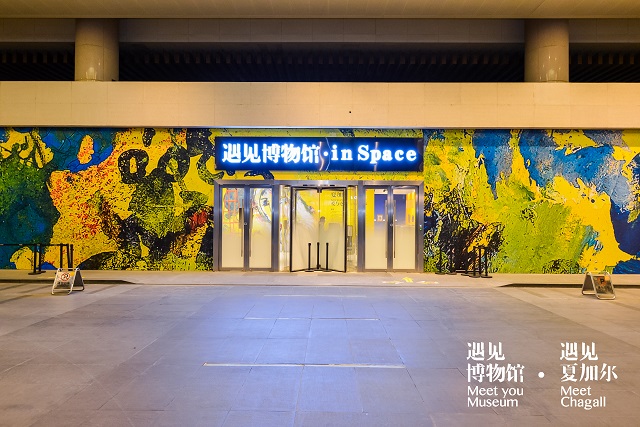 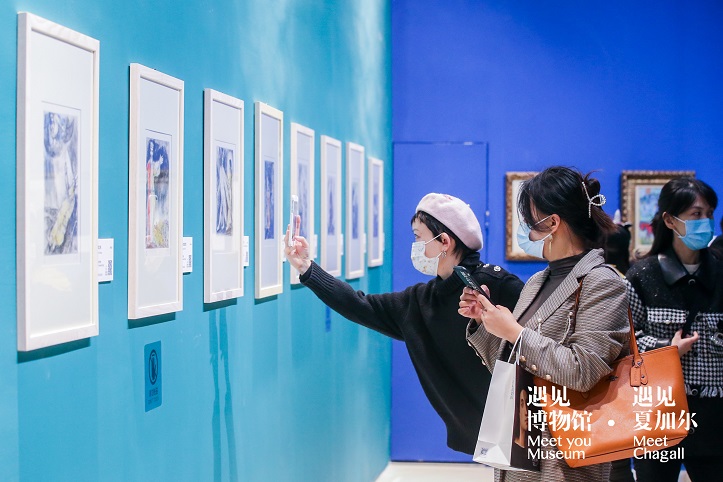 CLUB ME, a unique integrated cultural concept that features a Michelin restaurant, pool parties, tropical forest, and high-tech entertainment, is superbly located in an aerial courtyard manor at Beijing Yintai Centre, and has beccome a must-visit destination of young people in Beijing. New popular coffee brand, M Stand, has also opened its first store in northern China. Recently, Pantheon of luxury brand Versace commenced business, and is committed to creating a “boutique nightclub”.

In Hangzhou, Hubin Shangquan (Lakeside Commercial District) is the preferred home of big brand first stores and emerging first stores. Situated next to the West Lake with subway access, it is a natural born magnet for shopping traffic. With close to 240,000m2 of floor space, this commercial colossal, comprising Hubin Yintai in77, which alone attracted footfall of more than 62 million visitors in 2021, is the best venue for young luxury streetwear shoppers. Hangzhou Hubin Yintai in77 is the top venue for trendy first stores according to Winshang.com’s ratings based on the addresses of first stores that have established a presence in the city for the full year.

In 2021, in77 became home to 11 nationwide first stores. The latest fashionable brand, chuu, for instance, set up its flagship store and first store in China here; in77 also successfully signed 13DE MARZO, the top performing fashion clothing brand in China, as its tenant. Fashionable brands aside, experiential brands such as Soongo Comedy and Shi’er Guangnian Leyuan have also established a presence here. 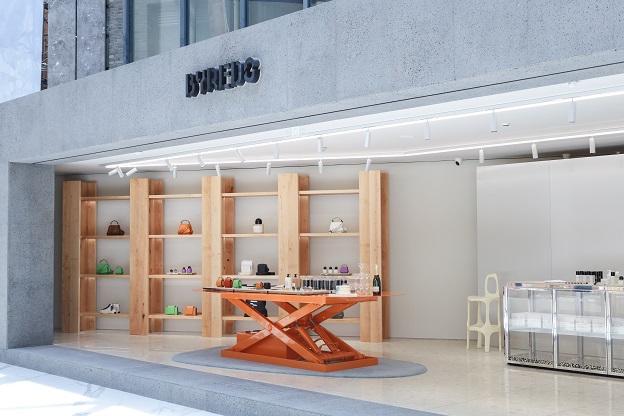 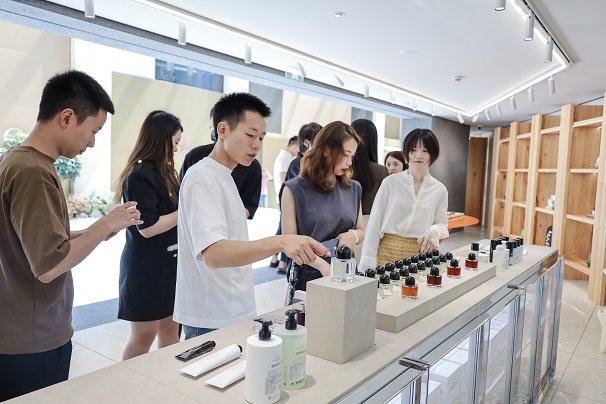 In addition, eighteen stores made their Zhejiang debut here, including BYREDO, Bananain, trendy brands solestage, ENG and SMFK, among others. Ten brands opened their flagship stores at in77, including:Nike Beacon 1200, Nike’s S-class store, the largest experience flagship store of the entire Nike series, will provide a full range of sports and lifestyle products to consumers;Under Armour, China’s first interactive experience flagship store in China;Air Jordan, which has a unique store design with Hangzhou characteristics, will feature the latest and most comprehensive range of AJ branded products and unique customized services of a flagship store; and cosmetic and skin care brand NARS, which debuted at in77 with its latest brand image; it was the second best-selling brand in China in 2021. 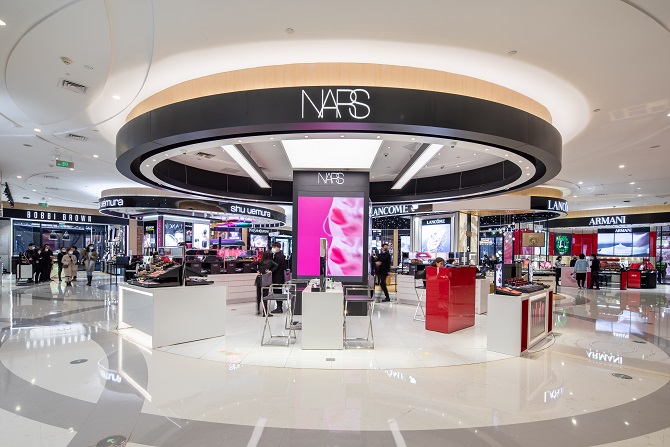 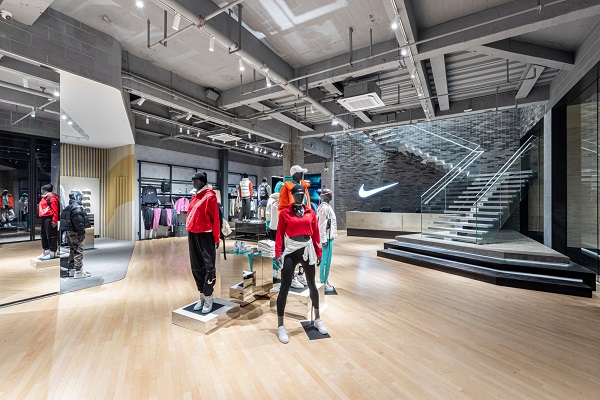 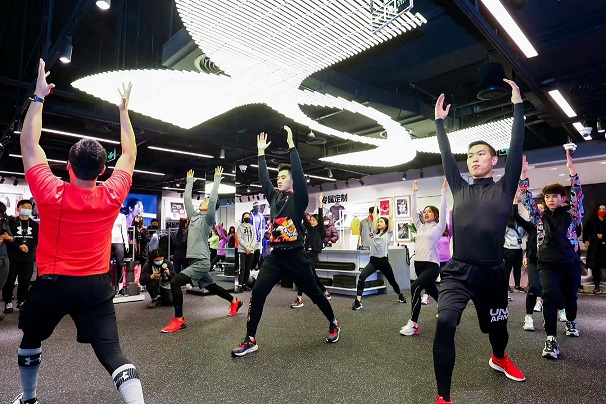 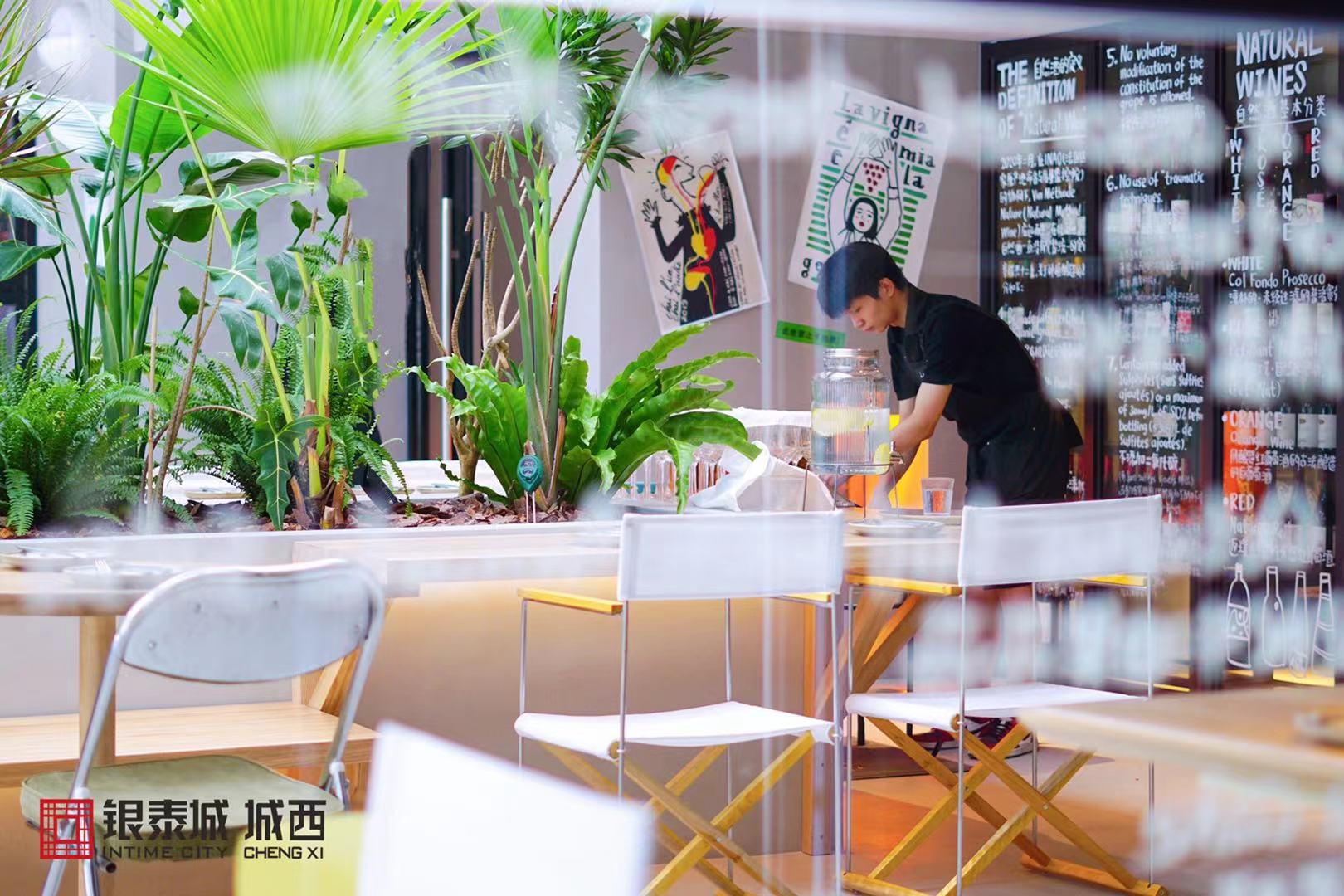 In addition to Tier 1 and new Tier 1 cities, this newly opened Intime City has also become a harvester of first stores and flagship stores. More than 50% of first store brands became tenants of Huzhou Aishan Intime City, including POPMART, Champion, chuu and other fashionable brands. Li Auto and XPeng Motors also set up their flagship stores here, while Nike and adidas Mega L1 will soon open their sole top-tier stores in Huzhou. 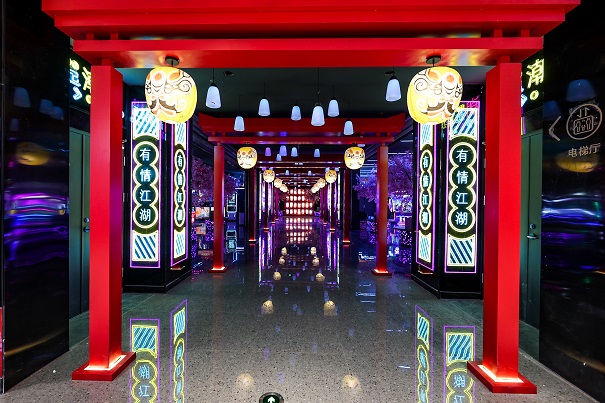 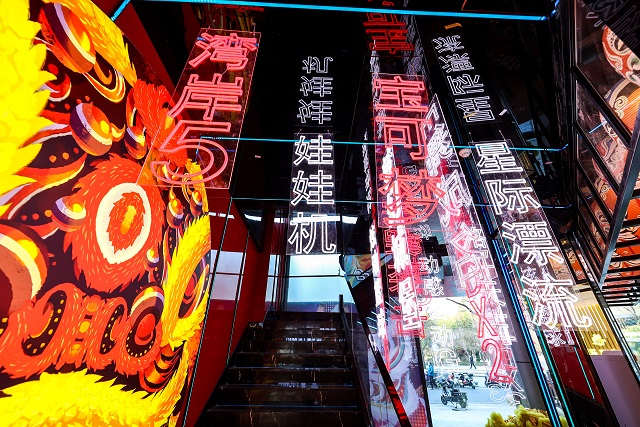 Experiential brands such as You Jia Hai Dian’s G force karting and VR offline playground, as well as Roundone also opened for business here. In sum, Aishan Intime City has created the first Gen Z block in Huzhou focused on the likes and passions of younger consumers by putting together circle culture, sophisticated knick knacks, pet lifestyle, photographic aesthetics and other dynamic forms of business. In 2021, Chengdu Yintai Centre in99’s footfall grew by 40% year on year. Banking on the strategy of leveraging niche brands to attract big and mainstream brands, and by adhering to a differentiated “luxury streetwear + lifestyle” approach, it has continued to spare no effort in brand introduction, undertaking a full-scale brand adjustment and upgrading of its business portfolio as well as of its hard- and software. A total of 98 new brands opened their stores at the complex, of which 46 were brand adjustments and upgrading. The business promotion strategy of leveraging “niche” brands to attract “mainstream and big” brands have allowed it to beat the odds and achieve a “luxury streetwear” positioning. In addition to traditional big brands, designer brands Maison Margiela (largest store nationwide/full product range flagship store in southwest China), and Vivienne Westwood (first store in Chengdu) also made their debut, as did Aspinal of London and MISSONI, which opened their first flagship stores in southwest China. 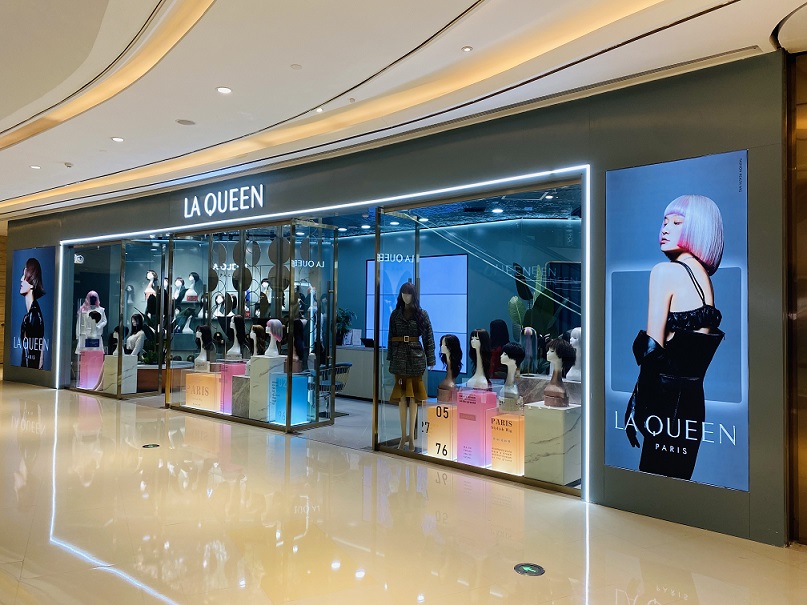 Meanwhile, Promessa, Chow Sang Sang’s brand for its wedding jewelry collection, as well as lifestyle and design product brand APOUS, have opened their first stores in Chengdu at in99. Elsewhere, luxury brand S.T. Dupont, flight experience course provider Deko Flight, and clothing designer brands Nian and Heyen have opened their first stores in southwest China here. In terms of dining, in99 has continued to bring in specialty and thematic restaurants. By prioritizing the social networking requirements of consumers, it has introduced more topical dining brands such as Vintage Element Fresh’s first store in Chengdu, and Yue Bai Wei Summer Flowers Thai Seafood. 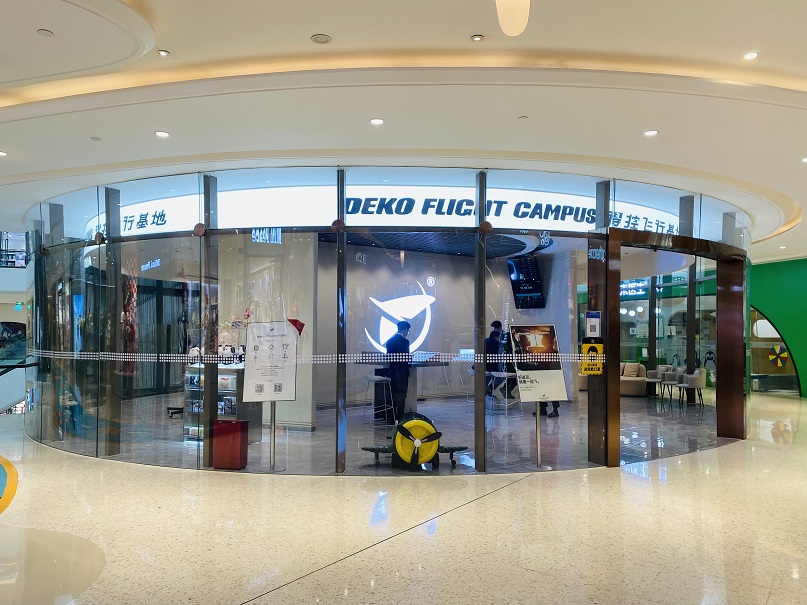 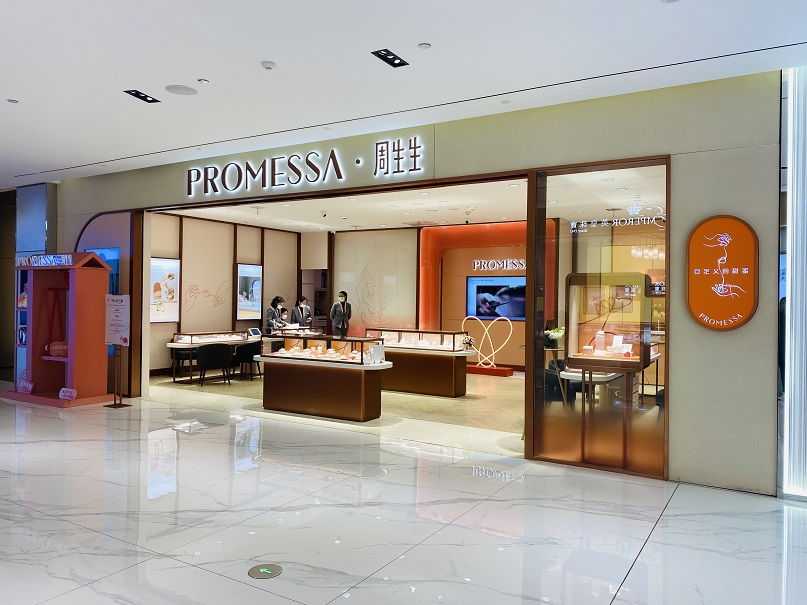 In the experiential field, the opening of Cat Museum’s first southwest China store, for instance, is in line with the rise of the current social culture. This popular “pet economy” spot provides an additional spot to neighboring office customer groups to unwind. MLB, Max Bling, Flight Gym and other trendy sports brands have also opened their first stores south of the city. Women’s apparel brand TRYSHOP, and men’s apparel brand Assertive moment, have since their opening, become the second best-selling brands nationwide and in the city.

Having taken stock of these flagship stores and first stores, we can’t help but feel that the business forms of offline physical stores have become increasingly richer. At Yintai, even the same brand has different ways of attracting consumers. Driven by innovation, people not only come to shop at Yintai, but also to experience more novel and trendier things, adding color to their life, and learning and experiencing more. 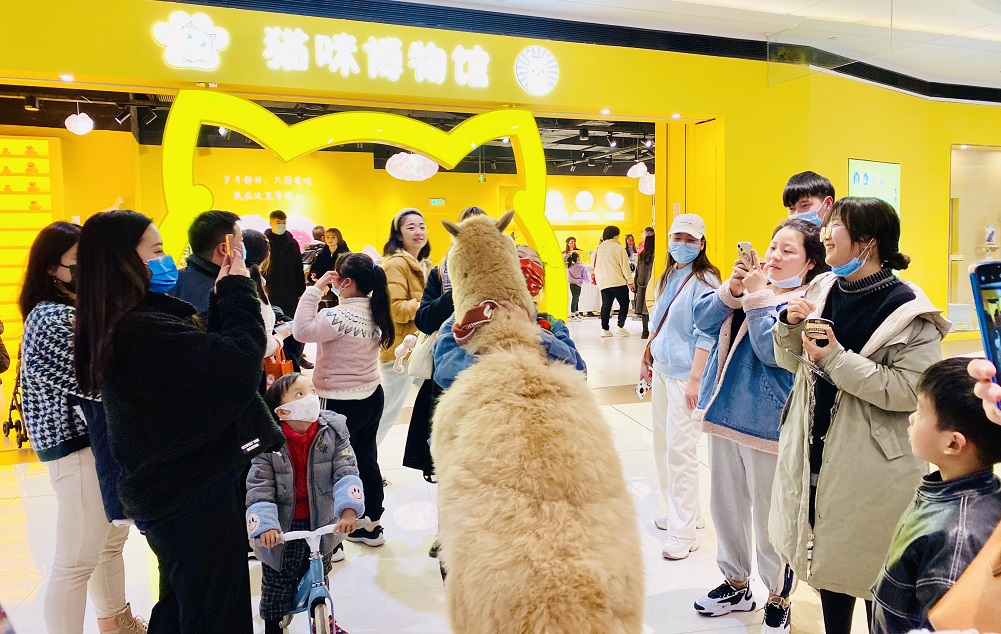 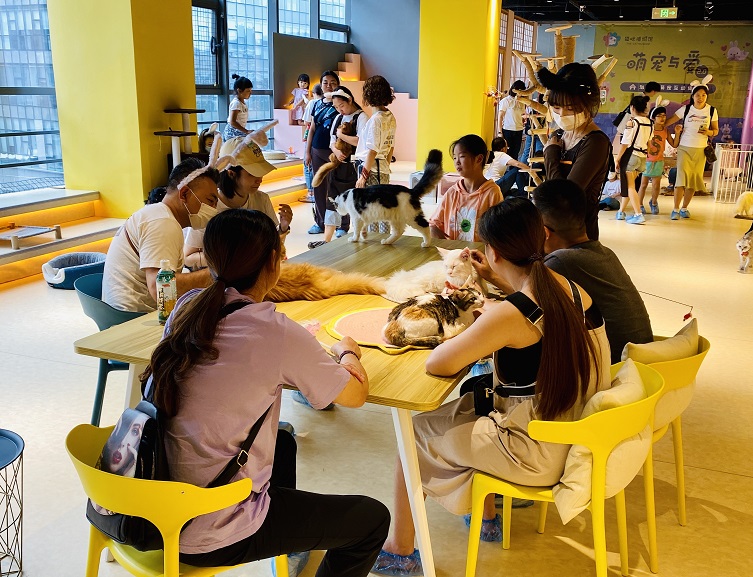 Despite intermittent pandemic disruptions, Yintai is working together with the brands to demonstrate vitality and dynamism. We remain optimistic about the future!