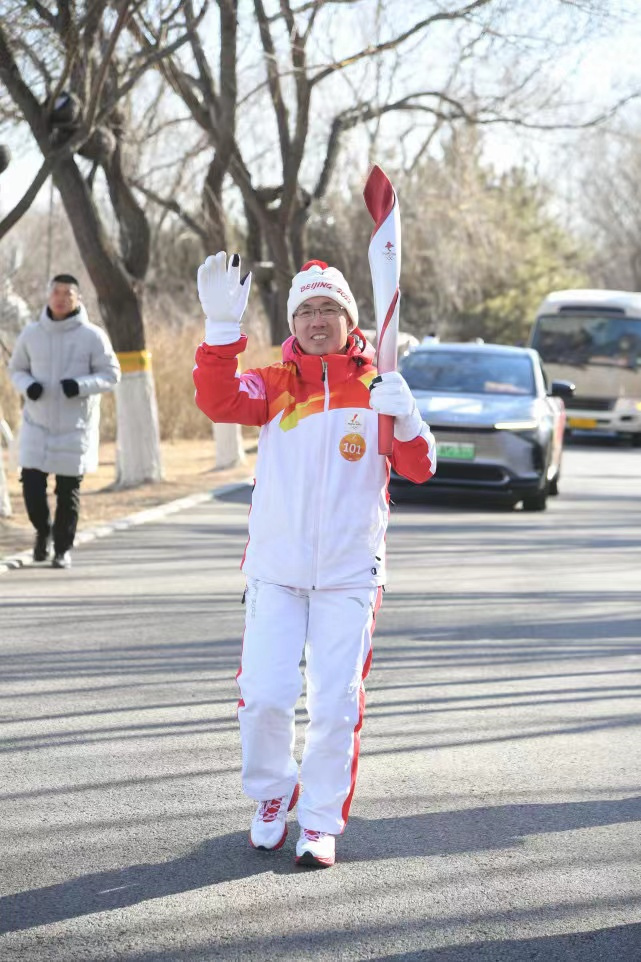 “Participating in this Winter Olympic Games torch relay is truly an unforgettable experience. While feeling excited and honored, I feel even prouder for Beijing for becoming a “Dual-Olympic City”, and for our nation for holding the Winter Olympic Games on schedule!” said Han Xuegao. “Passing on the Olympic Games torch encourages Yintai Group to continue to develop the spirit of forging ahead fearlessly regardless of hardship and to scale new heights boldly, to help the enterprise succeed, and to contribute more to society.”

As the first city in the world to be awarded the right to hold both the Summer and Winter Olympic Games, Beijing has made Chinese citizens proud, and demonstrated the strength of the motherland. To be able to participate in the Beijing Winter Olympic Games torch relay also carries the same significance for Yintai Group.

Back in 2008, Beijing Yintai Centre, a landmark project under Yintai Group and the sole private enterprise project among 60 key projects in Beijing at the time, was fortunate to have been included in the team to provide supporting services to the Beijing Olympic Games. This building, the tallest along Beijing’s Chang’an Avenue, has repeatedly played host to VIPs from around the world, and witnessed numerous historical moments. It has seen the Beijing CBD take flight and prosper. It has also stood witness to the motherland growing from strength to strength.

Yintai’s presence can always be spotted at major sporting events. At the 19th Asian Games to be held in Hangzhou later this year, volunteer groups from many Yintai projects will be present at the Asian Games venues in Tonglu and Deqing in Hangzhou to serve as sporting event liaisons and to carry out support services. In terms of team training, Yintai has always given priority to nurturing and developing the sportmanship characteristics of fortitude, collaboration and unity among its staff in sports training by various means such as sports meets, long-distance running and outdoor development.

Yintai Group will turn 25 in 2022. We recall the past and look forward to the future, and will continue to pass on and promote the Olympic spirit, shine forth and contribute more to society.